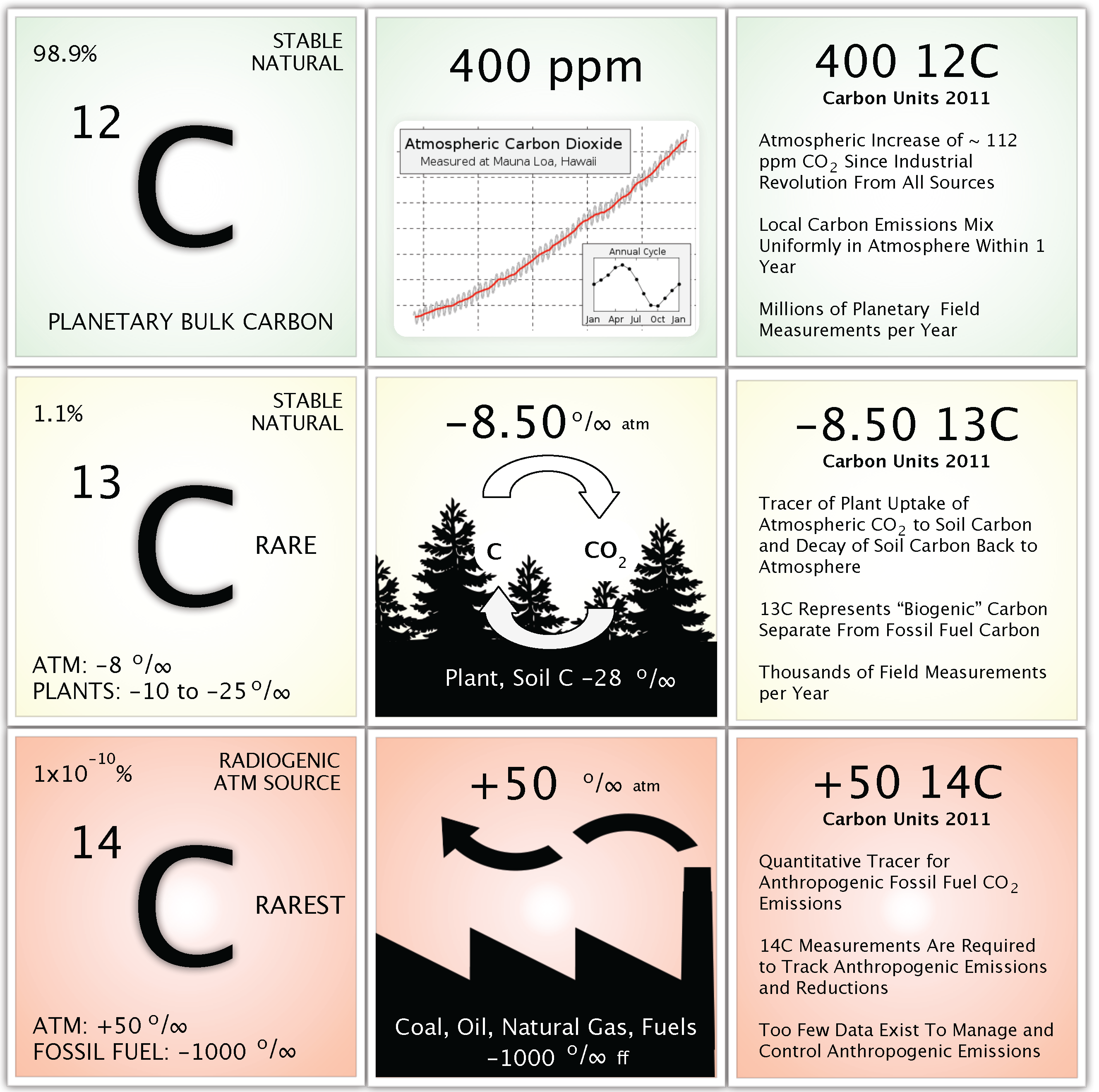 Planetary Emissions Management Inc. is  pursuing new and emerging technologies, such as the iRIS-III, for high precision determination of 14CO2 in a portable analyzer.  High frequency and high precision data for 14CO2 are required to track, analyze, manage and monetize fossil fuel derived CO2 in the biosphere. Human perturbation to the climate system cannot be fully understood, managed or monetized without increased data for 14CO2. New 14CO2 data for diverse soil ecosystems are likely to yield a better understanding of their response to changing climate.

The Global Monitor Platform (GMP) is a multi-isotopic integrated field measurement platform. The GMP components may include commercial 12C and 13C analyzers for CO2 and experimental field analyzer modules for 14CO2  such as the iRIS-III analyzer now under development. The GMP can be configured to include CH4, N2O and their isotopic species available from commercial vendors. The GMP enables direct measurement of GHG’s across diverse project types, small and large. When coupled with well developed field methods to determine GHG fluxes, PEM provides commercially available comprehensive data for GHG budgets and verification of fossil-fuel emission reduction reporting. The GMP can be deployed to detect fraud in fossil-fuel emission reduction claims. 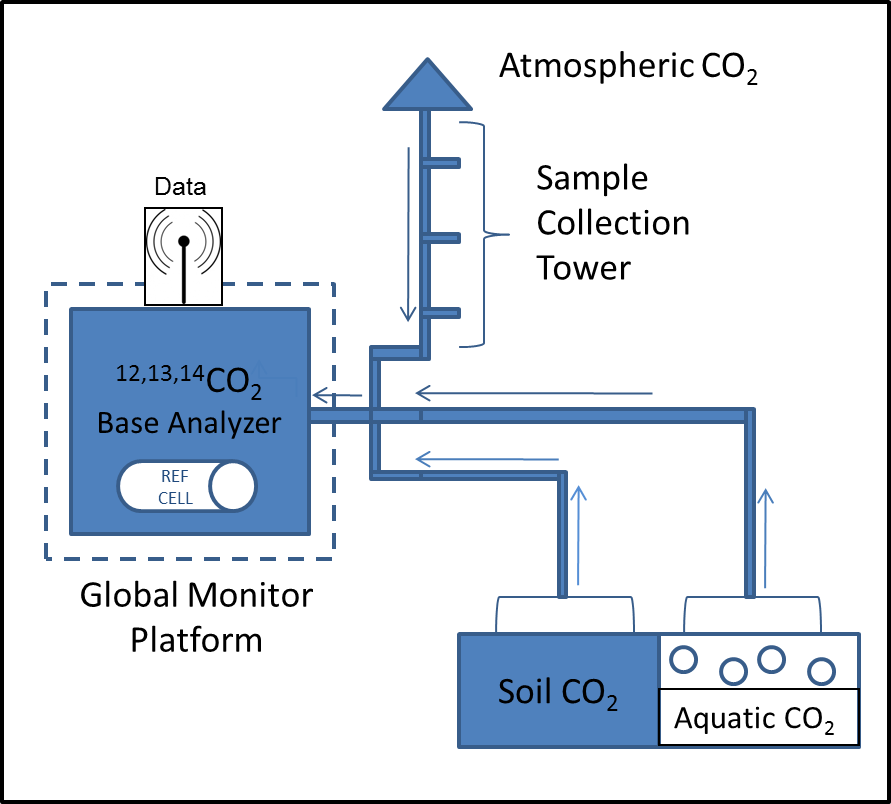 The System of Systems (SoS) network consists of GMP sensor nodes (e.g., 12,13,14CO2 analyzers including the iRIS-III) across the geographical boundaries of a project site. The SoS is designed to monitor  net carbon flux at local-to-regional scales, produce automated reports, respond to remote commands and result in verified data for carbon financial instruments. Carbon standards and third party verification are employed at multiple scales to ensure harmonization of data and carbon financial instruments across analyzers in one or multiple networks.

The PEM GMP and SoS can be applied across the footprint of carbon capture, utilization and storage projects to detect leaks of injected and stored fossil-fuel CO2 produced by electric utilities and industry. 14CO2 is the only direct, conservative tracer for fossil fuel derived CO2.

The Paris Agreement of the 2015 UNFCCC COP 21 meeting  calls for emission reduction but does not specify methods or means to directly verify claimed reductions. The PEM GMP and SoS can be deployed across local to regional to country scale landscapes to directly measure and verify emissions and budgets as well as prevent emission reporting fraud.

The world’s cities cover about 2% of global land area but account for  70 % percent of GHG emissions.  Direct measurement of GHG emissions from cities are needed to verify emission reduction claims and improve management of programs for optimal results. The GMP and SoS are uniquely suited for the small footprint typical of cities.

Direct measurement of the rare forms of carbon dioxide provide a means to track the source and magnitude of additions and subtractions of CO2 to the atmosphere. QuantumQarbon® emphasizes the nature and importance of high frequency  synchronous field measurement for both 13CO2 and 14CO2  while also measuring “bulk” carbon dioxide as 12CO2. The carbon 13 and 14 forms of CO2 although consisting of very small, discrete amounts compared to 12CO2, are observable at the one-part-in-one-thousand and one-part-in-one-trillion levels, respectively. Despite the small amounts in the atmosphere for both rare forms of CO2 they can be measured with high precision. The GMP was designed to increase the data rate for both isotopic forms, particularly for 14CO2, as no high precision 14CO2 analyzer is available commercially. QuantumQarbon®  tracks forest carbon cycling  and loss of carbon from soils buried in forest ecosystems.  The measurement of QuantumQarbon® across the geographic boundary of a project also provides the foundation for new and innovative forest carbon sequestration offset products. In addition, 14CO2 is the only tracer of the interaction of fossil fuel CO2 with our planetary forest ecosystems. The Radiocarbon Infrared Analyzer  (iRIS-III) under development with the National Institute of Standards and Technology (NIST) will provide data for QuantumQarbon observations.

Bruno is a scientific entrepreneur with 20 years experience (CEO, CTO, COO) and widely published in peer reviewed journals with 7 patents published/issued. He is a graduate of Phillips Andover, Johns Hopkins (BA) and Harvard (MA Biological Anthropology, PhD Earth & Space Sciences) and was awarded a NASA Goddard Institute for Space Studies Fellowship in the Division of Applied Sciences and Earth Sciences. Bruno is PEMs founder (1999 & 2007), chief scientist and innovator and will continue to provide vision and direction for PEMs development.

Matthew has over 20+ years in the stable isotope instrumentation business serving as global Field Engineer for leading magnetic sector isotope manufacturers and as instrument designer. Matt has expertise in diverse complex instrumentation integration, electronic and high voltage components for mass spectrometry and has worked in demanding installation sites around the world. Matt holds a BSc in Physics from the Open University, Milton Keynes, UK, and is a PhD candidate at the Colorado School of Mines.

Robert O’Donnell has worked in the field of ultra-stable frequency CO2 gas lasers for over twenty-five years at the Lincoln Laboratory of the Massachusetts Institute of Technology. Working in the laboratory of Charles Freed, Lincoln Laboratory, Bob assisted in the design, fabrication and testing for a variety of lasers used across industry and in the Strategic Defense Initiative. Bob is an expert in radar systems, high voltage electronics, system design, integration, gas handling and custom machining of components for gas lasers and has co-authored peer reviewed publications in these disciplines. Before joining MIT, Bob served in the US Navy as an electronic technician, later was a Senior Field Engineer for the Firepond Radar System, Lincoln Labs, and subsequently worked for private industry and aerospace companies. Bob has consulted for PEM for five years.

Brandt has been VP of International Business Development for Planetary Emissions Management, Inc. since 2012. He advises the Founder, CEO & Chairman on strategic planning and funding initiatives, as well as tactical operations and international business issues. Brandt was VP of North America for FDM Group in New York City from 2011-2014. He was responsible for operations, account management and expansion of the US FDM Academy to Toronto. His team provided information technology services to clients across multiple business sectors, in particular financial services. FDM’s operations grew significantly from 80 to over 250 staff. Before FDM Group, he was the Director of International Programs for four years at Rosetta Stone expanding offices in Tokyo, London, Seoul, Sao Paulo, Shanghai and Munich; grew revenue to $40M+ and staff to 120. Concurrently, he was Acting Managing Director for Europe, Director of Internet Strategies, and Executive Director for India Operations. In 2006, he became the Global Crisis and Emergency Management (CEM) Program Manager for BHP Billiton in London. His remit included training and administrative support to over 100 teams worldwide. He completed a 20 year career with the United States Coast Guard, retiring as a Commander in 2006. He spent 10 years at sea, commanding 3 ships. He was also career intelligence and law enforcement professional. Brandt has a BS in Government from the U.S. Coast Guard Academy, a Master of Military Studies (Intelligence) from American Military University, and a Master of Public Policy from Princeton University. Brandt is currently the Port Austin. Michigan, Township Supervisor and the VP of the Port Austin Chamber of Commerce.

Gene Kelly is a Professor of Pedology, Deputy Director of the Colorado Agricultural Experiment Station and is Associate Director for Research in the School of Global Environmental Sustainability at Colorado State University (CSU). He was recently on assignment at National Ecological Observation Network (NEON) as visiting head scientist.  He received his B.S. and M.S. degrees from Colorado State University and his Ph.D. from the University of California-Berkeley.  Dr. Kelly conducts research and lectures nationally and internationally on various aspects of soils as related to global change issues including the vulnerability and stability of soils to changing climatic and land use conditions. His scientific specialization is in Pedology and Geochemistry with primary interests in the biological weathering of soil and studies of soil degradation and global biogeochemical cycles. His current research is centered on Global Soil Degradation and fundamental role of grasslands in global biogeochemical cycles. He serves as an advisor to the United States Department of Agriculture with the National Cooperative Soil Survey, The National Science Foundation and several major research programs. He is a Fellow of the Soil Science Society of America and is the recipient of the 2016 Soil Science Society of America Research Award. Gene also serves as a liaison between the university and cooperators in federal, state, local and private sectors, strengthening capacity for accessing and disseminating soils information. A native of New York, a marathoner and triathelete, he lives in Boulder, Colorado. Gene will be advising PEM on the feasibility and limitations of  using soil carbon sequestration for agricultural, grassland and related ecosystems. 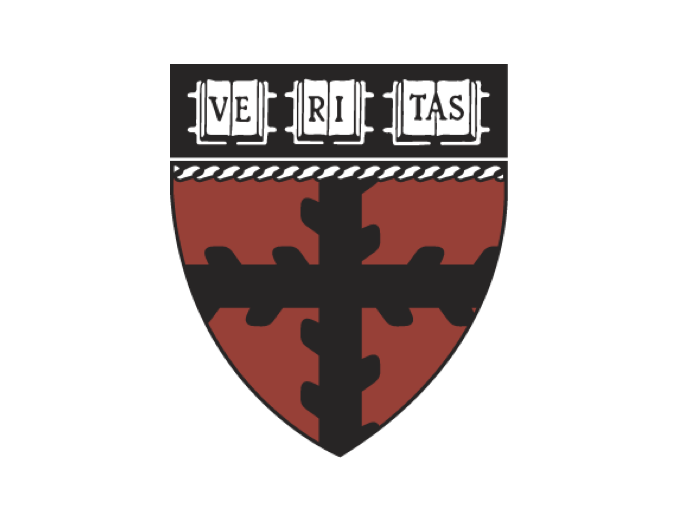 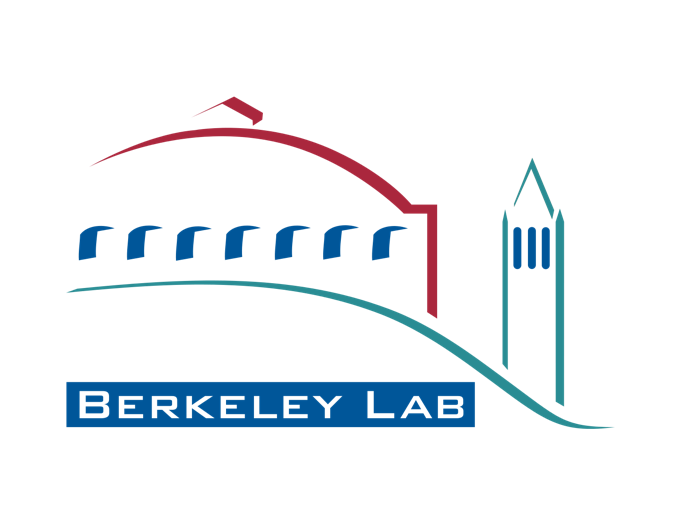 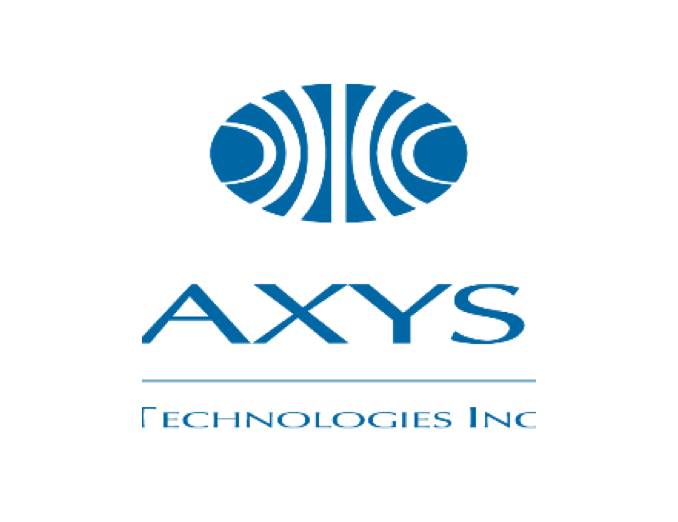 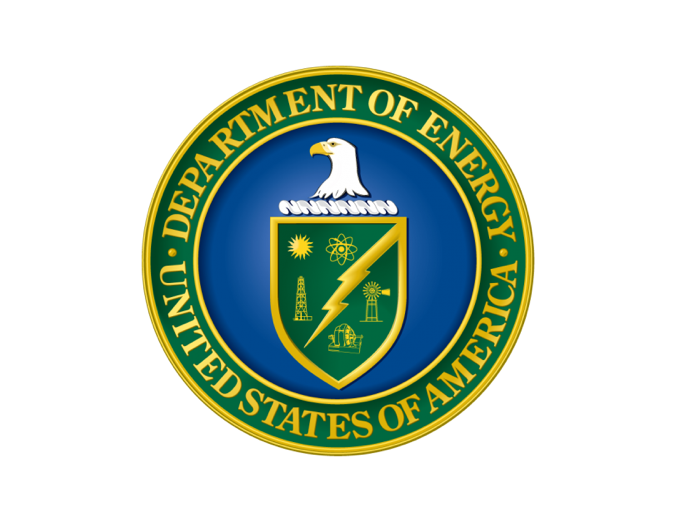 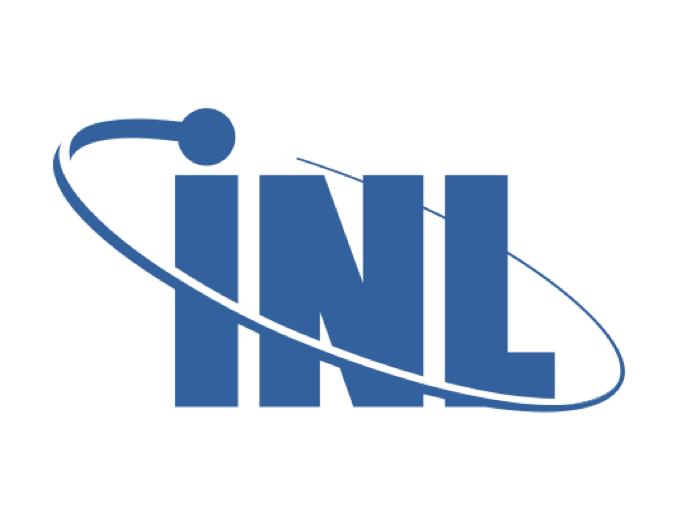 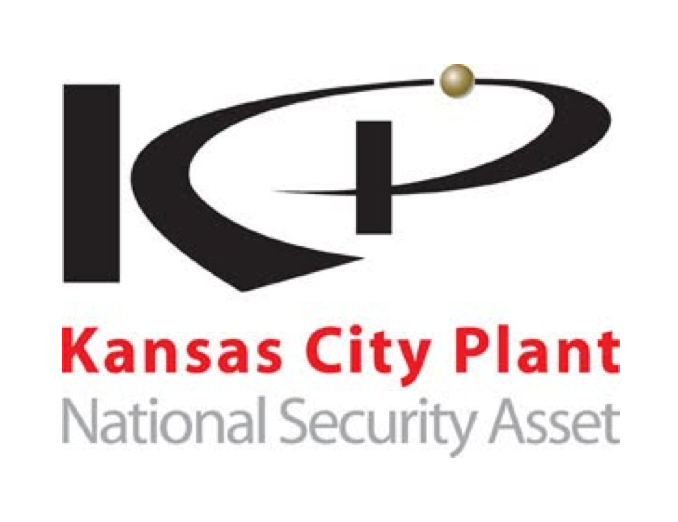 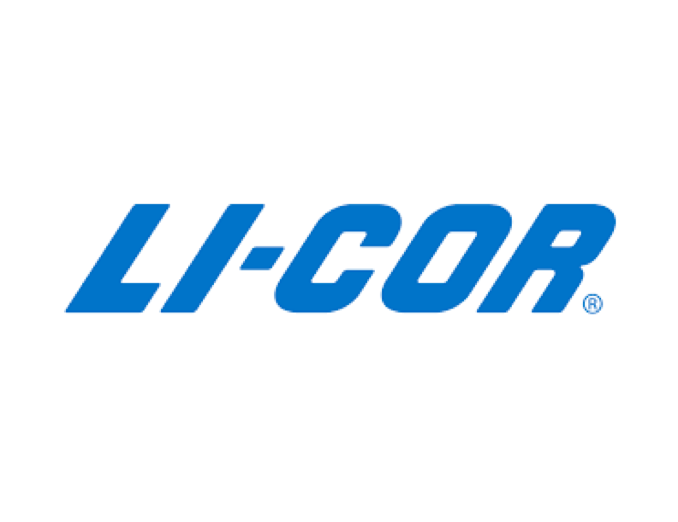 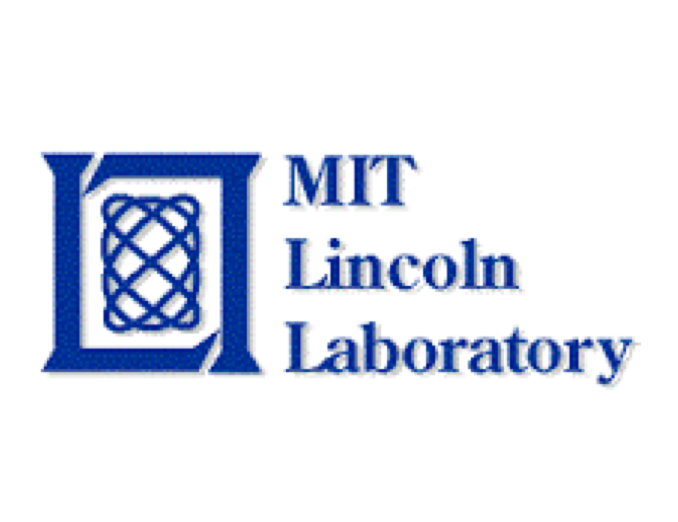 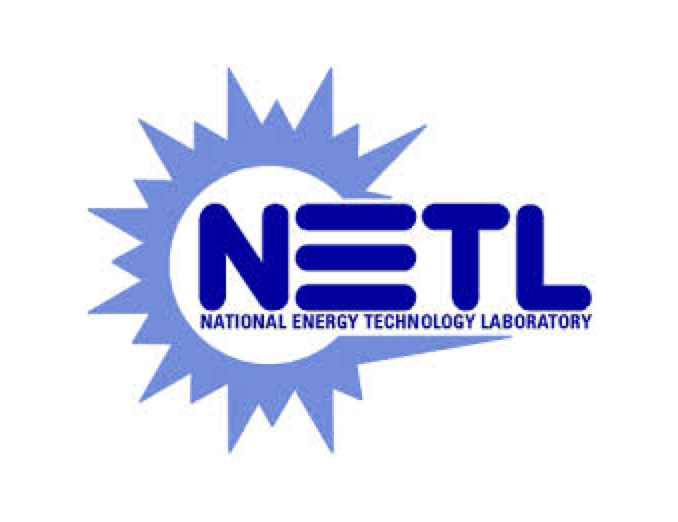 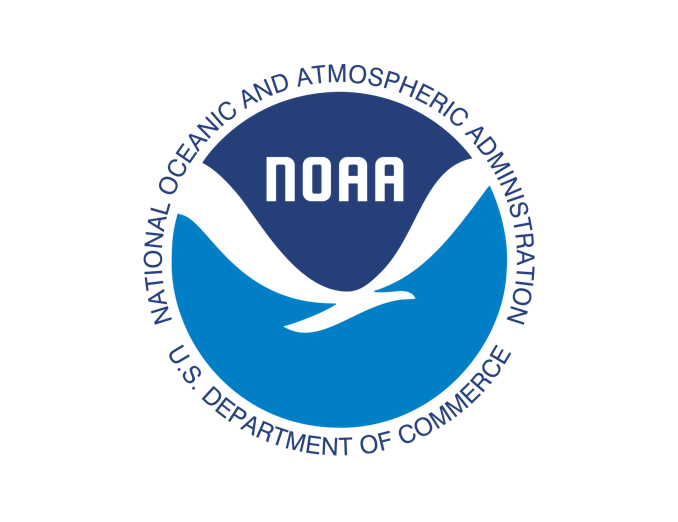